China - One of the World's Oldest Civilisations

Introduction
With nearly 4,000 years of continuous history, China is one of the world's oldest civilizations. Before the 19th century, China was home to one of the most advanced societies and had a highly successful economy but then it missed the industrial revolution and began to decline. The 19th and 20th centuries had brought imperialism, internal weaknesses and civil wars to China, which damaged the country and its economy, and led to the overthrow of imperial rule. After stagnating under the communist rule of its late leader, Chairman Mao, China now has the world's fastest-growing economy and is undergoing what has been described as a second industrial revolution.

With 47 UNESCO World Heritage sites (2014), both cultural and natural Chinese heritage speaks for itself. Key sights include the iconic Great Wall, Terracotta Army, Temple of Heaven and the gardens of Suzhou.

Many of modern world elements originated in China, including paper, gunpowder, credit banking, the compass, paper money and many of our everyday items.

Now in the 21st century China still remains a country of contradictions. It has the world’s fastest train, the world's largest electricity-generating plant of any kind - the enormous and ambitious Three Gorges Dam - a successful space programme and it hosted the 2008 Olympics. Nevertheless, at the same time millions of China’s workers and peasants live in poverty, human rights are violated and country lacks of religious freedom.

Ancient and ultra-modern, multi-cultural and diverse - China offers the visitor the chance for an epic adventure. Come and discover its treasures!

Some facts about China

Population
China is the most populous country in the world and it is a multi-national country. There are 56 ethnic groups in the country. The largest population among them is Han Chinese making up nearly 92% of the population. Major ethnic minorities are Zhuang, Mongolian, Hui, Miao, Dong, Uygur, Manchu, Tibetan and Yao.

Currently China’s population is over 1.3 billion, which is almost 20% of the whole world’s population. The government is very concerned about its population growth and has attempted, with mixed results to implement a strict family planning policy. The government's goal is one child per family, with some exceptions for ethnic minorities and flexibility in rural areas.

Geography and landscape
The People's Republic of China is the second largest country in the world by land area. China borders 14 nations, more than any other country (shared with Russia): Vietnam, Laos, Burma, India, Bhutan, Nepal, Pakistan, Afghanistan, Tajikistan, Kyrgyzstan, Kazakhstan, Russia, Mongolia and North Korea. China’s land border of 22,117 km (13,743 mi) is the largest in the world.

The territory of China is rich and it has a variety of landscapes. Along the shores of the Yellow Sea and the East China Sea, there are extensive and densely populated plains, while Southern China is dominated by hills and low mountain ranges. In the central-east are the deltas of China's two major rivers, the Yellow River and Yangtze River (Chang Jiang). Other major rivers include the Xi, Mekong, Brahmaputra and Amur. The West is home to major mountain ranges, notably the Himalayas, with China's highest point at the eastern half of Mount Everest, and high plateaus featuring among the more arid landscapes such as the Taklamakan and the Gobi Desert.

A major issue is the continued expansion of deserts, particularly the Gobi Desert. China is losing huge areas annually to desertification. Water, erosion, and pollution control have become important issues in China's relations with other countries. Melting glaciers in the Himalayas could also lead to water shortages for hundreds of millions of people.

Religion
There is no one prevalent religion in China. Buddhism remains the most popular single religion in China since its introduction in the 1st century from India and Central Asia. Today, China has the most Buddhist followers in the world. Many Chinese, however, identify themselves as both Taoist and Buddhist at the same time.

Taoism is an indigenous religion of China and is considered a folk religion of China. Popular Taoist ideas that we have embraced elsewhere in the world include Feng Shui, Sun Tzu's Art of War, and acupuncture.

Islam in China dates to 651, 18 years after Muhammad's death. Muslims came to China for trade, dominating the import/export industry during the Song Dynasty.

Judaism in China dates to as early as the 7th or 8th century CE. In the first half of the 20th century, many Jews arrived in Shanghai and Hong Kong during periods of economic expansion, seeking refuge from the Holocaust.

Christianity began to make significant inroads in China after the 16th century and has been a growing minority religion for over 200 years. Growth has been more significant since the loosening of restrictions on religion after the 1970s within the People's Republic.

Chinese culture
China is one of the four most ancient civilisations in the world with over three millennia of written history. Its cultural heritage includes architecture, music, cuisine, theatre and literature as well as martial arts, ceramics and visual arts. Dominating such vast territories, Chinese culture proves to be amazingly diverse from province to province. An old Chinese proverb goes “the wind varies within ten li, customs vary within a hundred li.” Confucian value system of ethics, moral and social behaviour have shaped the culture of China centuries. This is why people value respect for others and good relationships above all. This translates into warm-hearted Chinese hospitality. A traveller in China not only has access to Chinese opera, world famous acrobat performances and tea ceremonies but will also be welcomed as a member of the family.

China is one of the fastest growing economies in the word; this has has a major impact on the way of life and on how the country is evolving. New cities appear at an incredible rate and more and more Chinese embrace a Western lifestyle. However, traditional arts and crafts are being cherished and passed on to the new generations.

Major holidays and festivals in China
China has festivals throughout the year. The main ones include New Year's Day, Spring Festival, Qingming Festival, May Day, Dragon Boat Festival, Mid-Autumn Festival and National Day. During these times Chinese people will be on holiday meaning this will be a unique time to learn more about local culture and traditions but it will also mean busy tourist places and prices at a premium. The Traditional Chinese holidays are an essential part of Chinese culture. The most important Chinese holiday of all is the Chinese New Year (Spring Festival), which is also celebrated in other Asian countries. All traditional holidays are scheduled according to the Chinese calendar (except the Qing Ming and Winter Solstice days, falling on the respective Jie qi in the Agricultural calendar).

Chinese New Year - is the longest and most important festivity in the Chinese Lunar Calendar. The origin of Chinese New Year is centuries old and gains significance because of several myths and traditions. Today, Chinese New Year celebrations are marked by visits to relatives and friends. In fact, the whole period around Chinese New Year is incredibly busy. It is the largest human migration in the world when migrant workers in China, as well as overseas Chinese around the world, travel home to have reunion dinners with their families on Chinese New Year's Eve.

Spring festival is regarded by the Chinese people as the grandest and most important annual festival, Spring Festival is similar in many ways to Christmas. It is an event which sees the Chinese celebrate with family reunions and the whole festival is full of rich and colourful activities.

Women’s day is a traditional celebration in communist countries, in China is takes place on the 8th of March.

Qingming Festival - in English this festival translates to “Pure Brightness” or “Tomb-Sweeping Day”. It was the custom in ancient China for people to go out on this day and sweep the tombs clean of debris in memory of the departed.

May Day - a holiday for working people worldwide.

Dragon Boat Festival - a very important festival in Chinese culture and traditions. It has been held annually for more than 2,000 years and it commemorates the patriotic poet Qu Yuan (340-278 BC). Many traditional customs and activities are held on this day throughout China - such as dragon boat racing, eating zongzi, wearing a perfume pouch, tying five-colour silk thread and hanging mugwort leaves and calamus.

Mid-Autumn Festival - this festival means a time of family reunion to Chinese people. Admiring the full moon and eating moon cakes are the traditional activities held on this day. 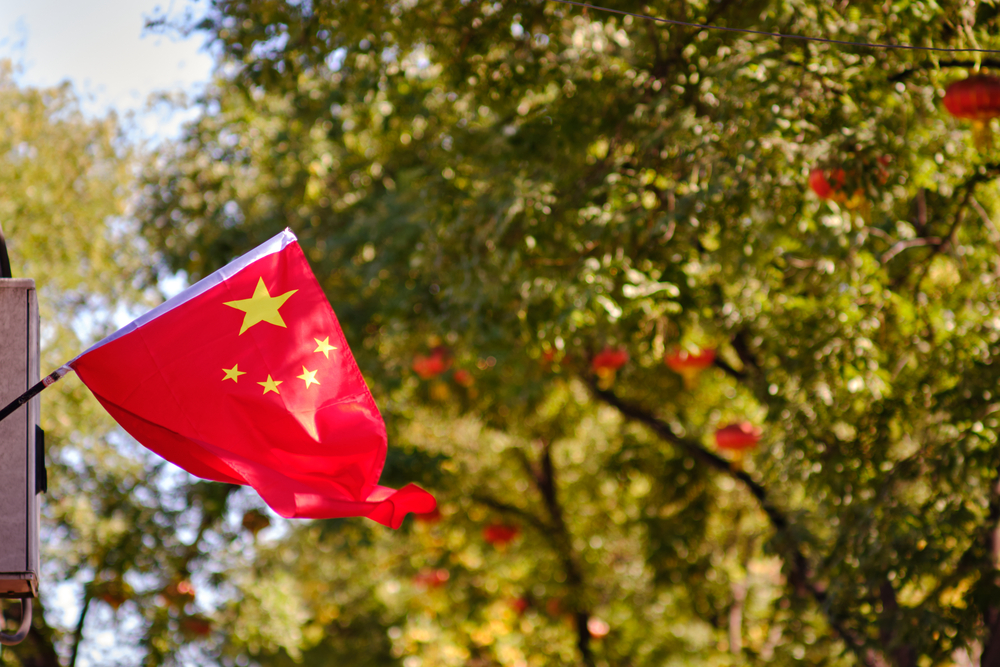 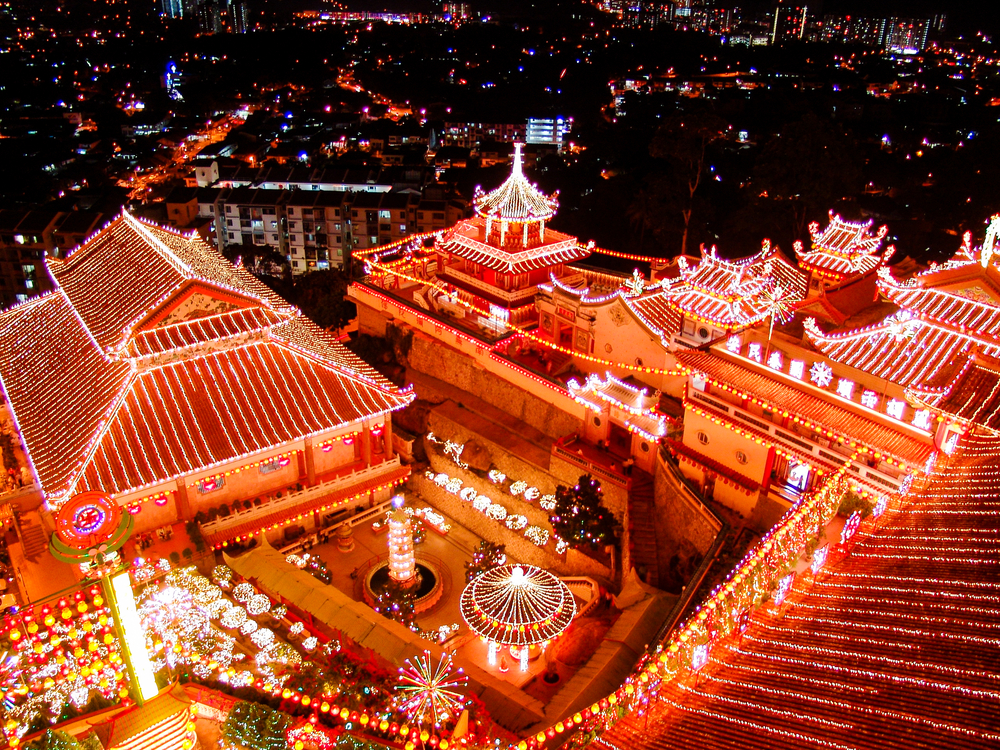 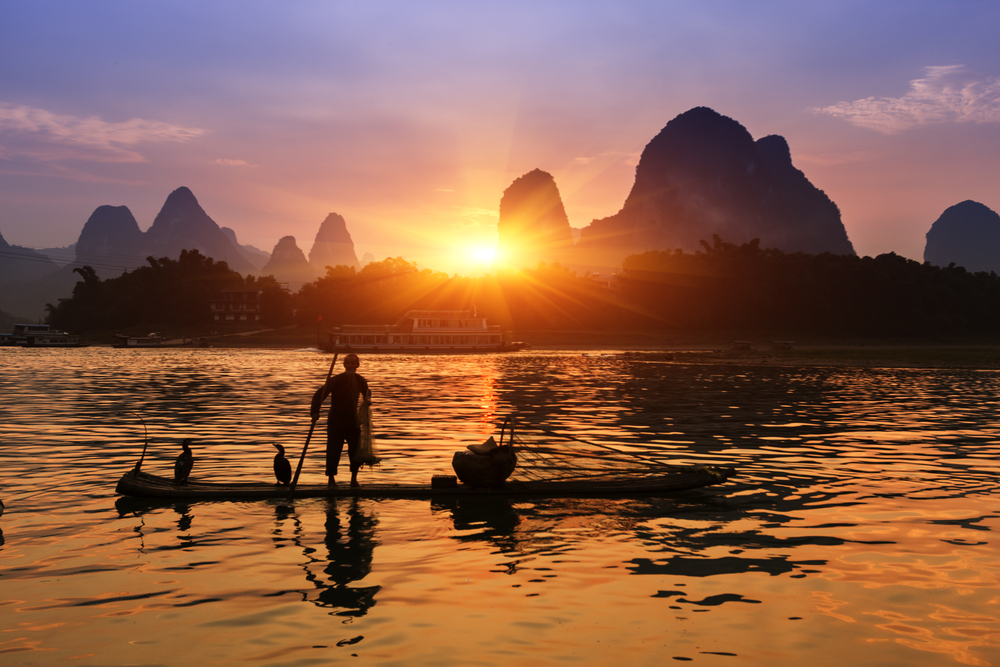 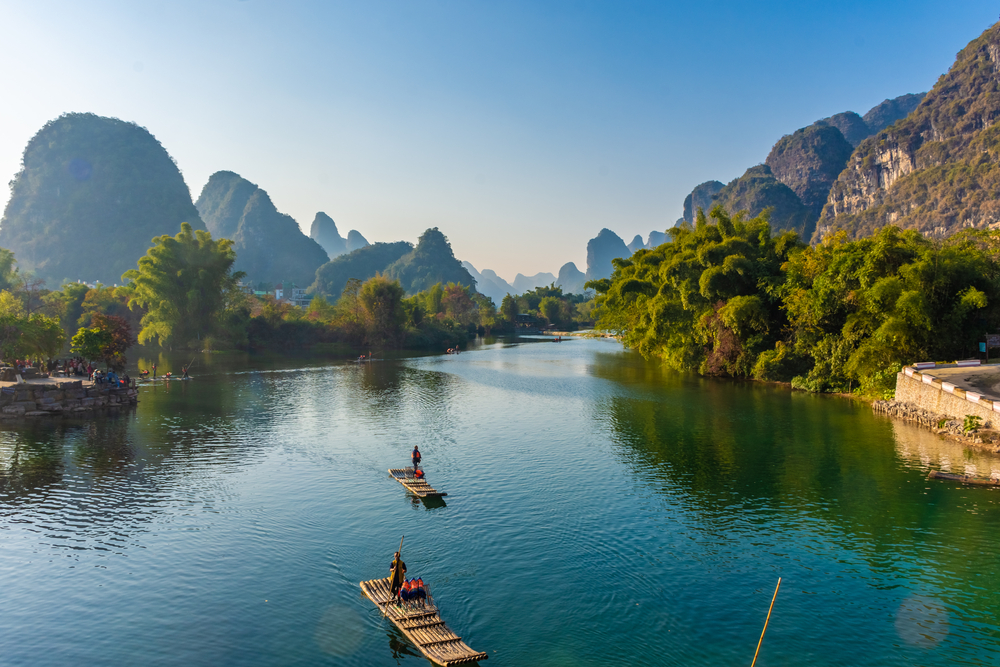 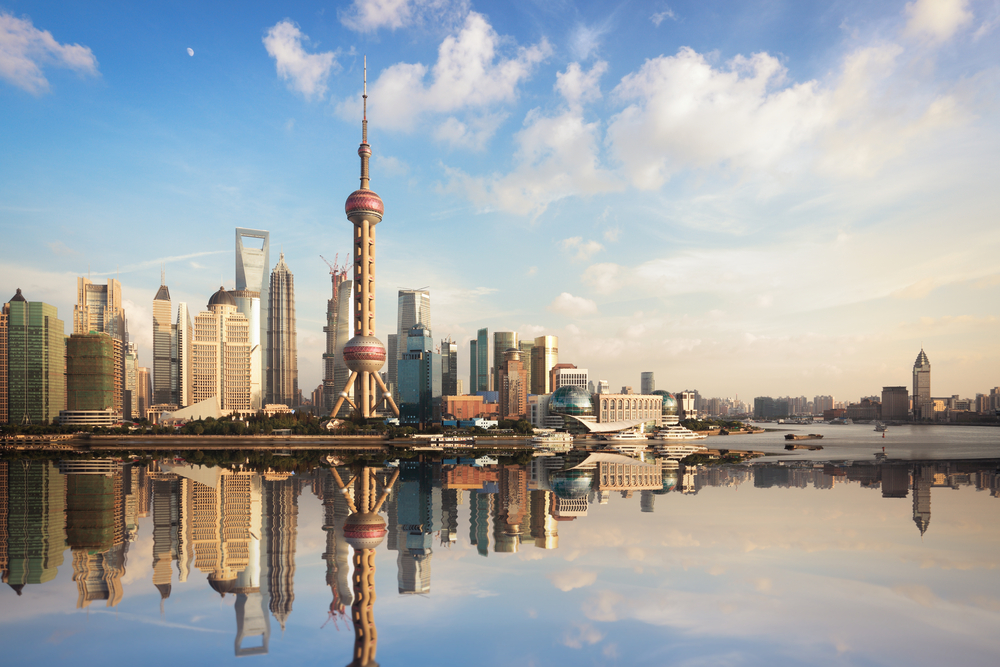 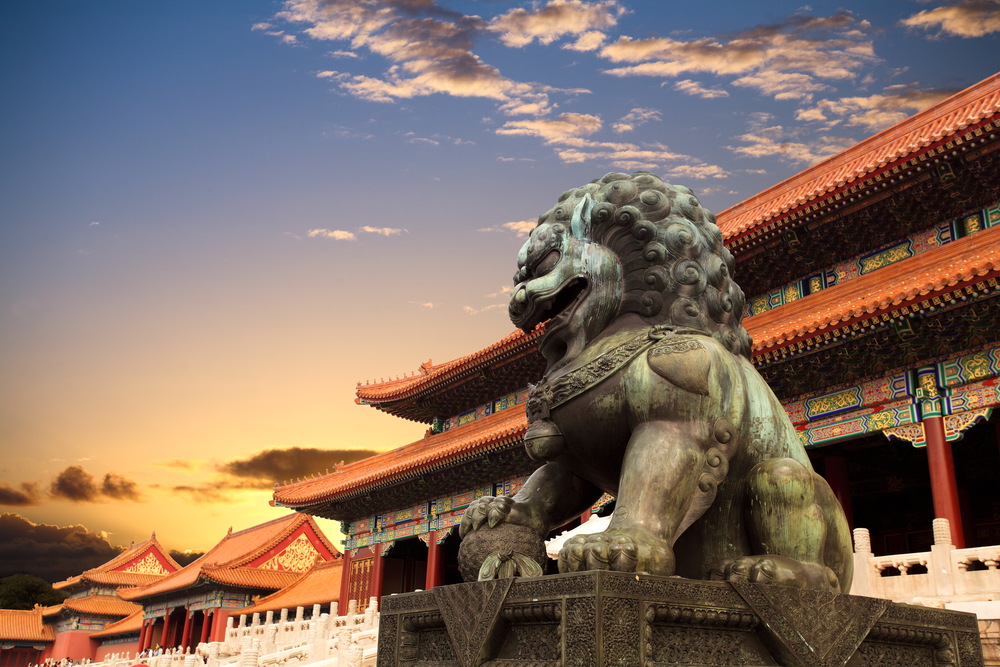 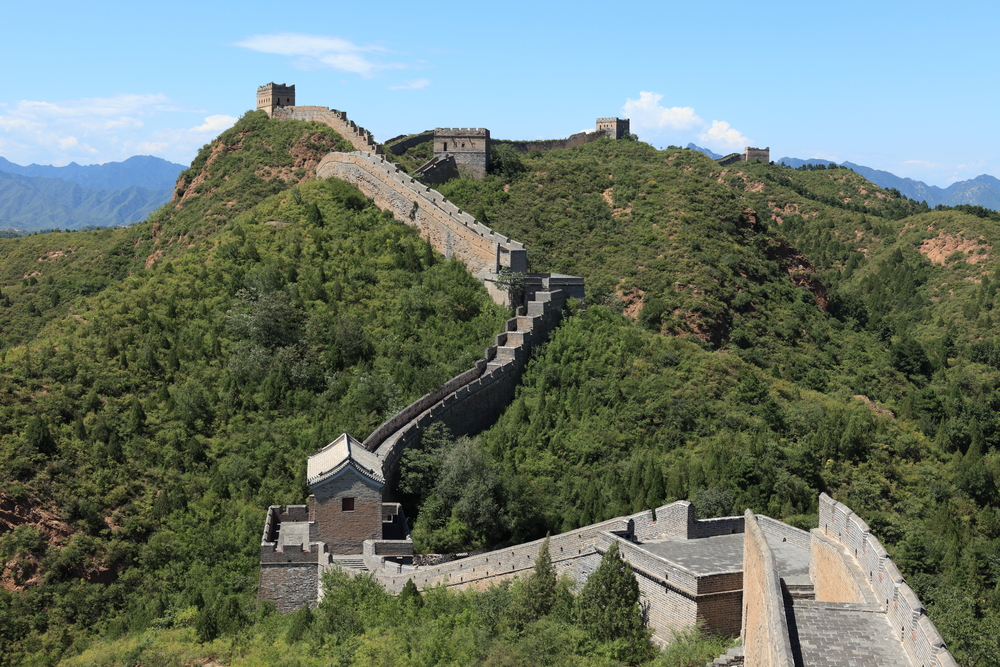 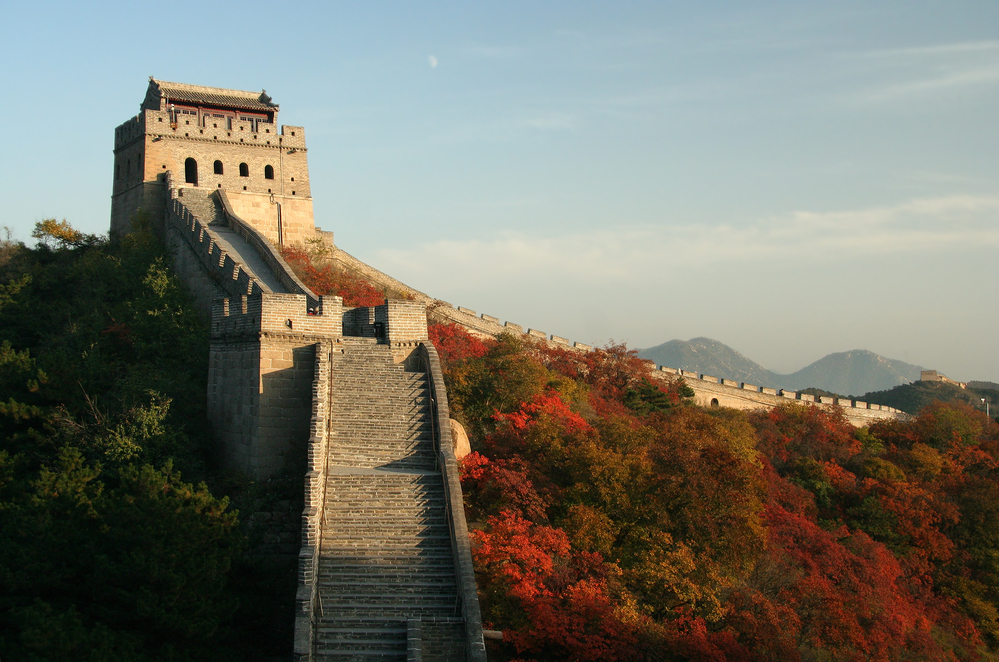 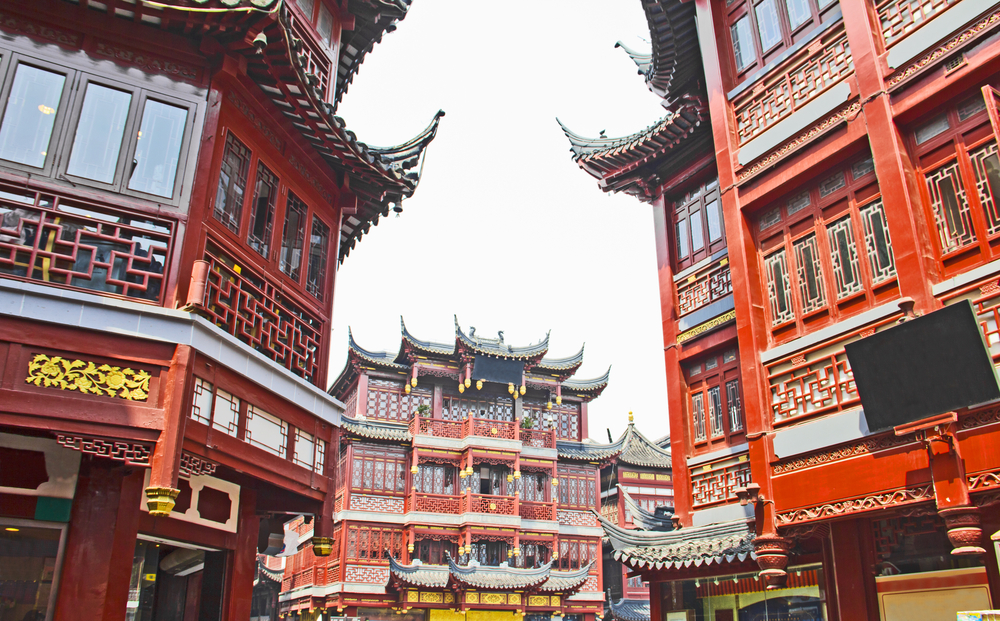 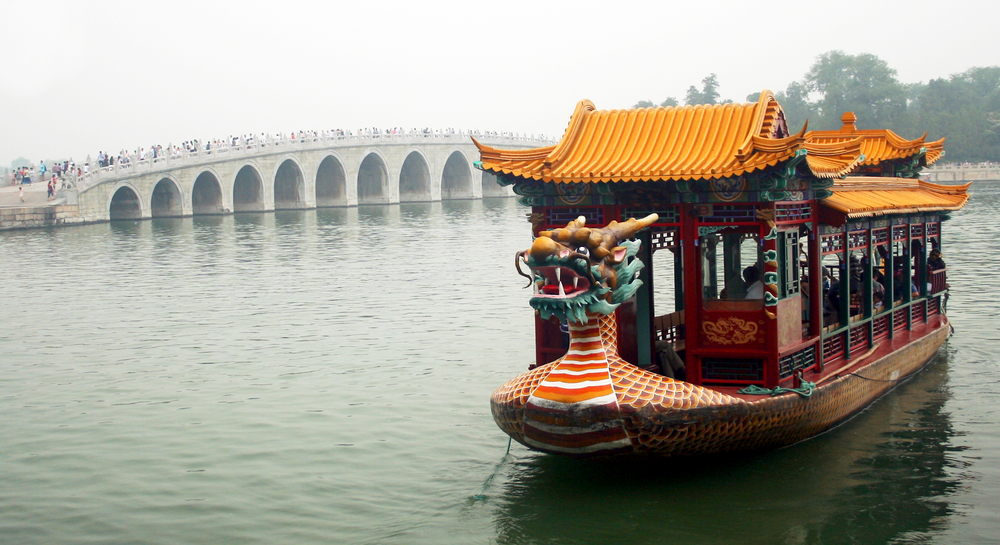 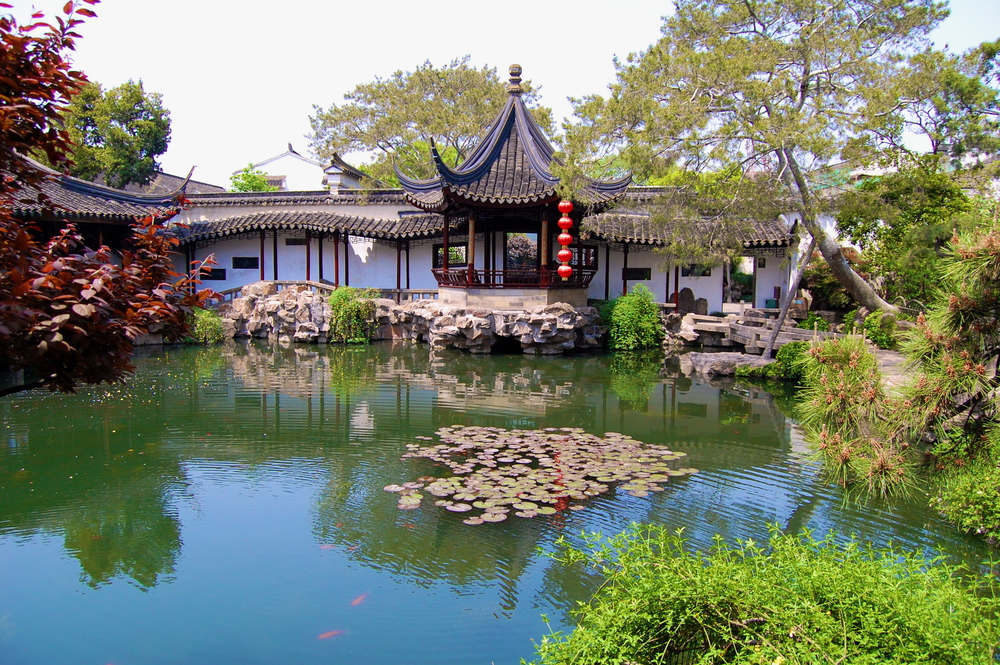 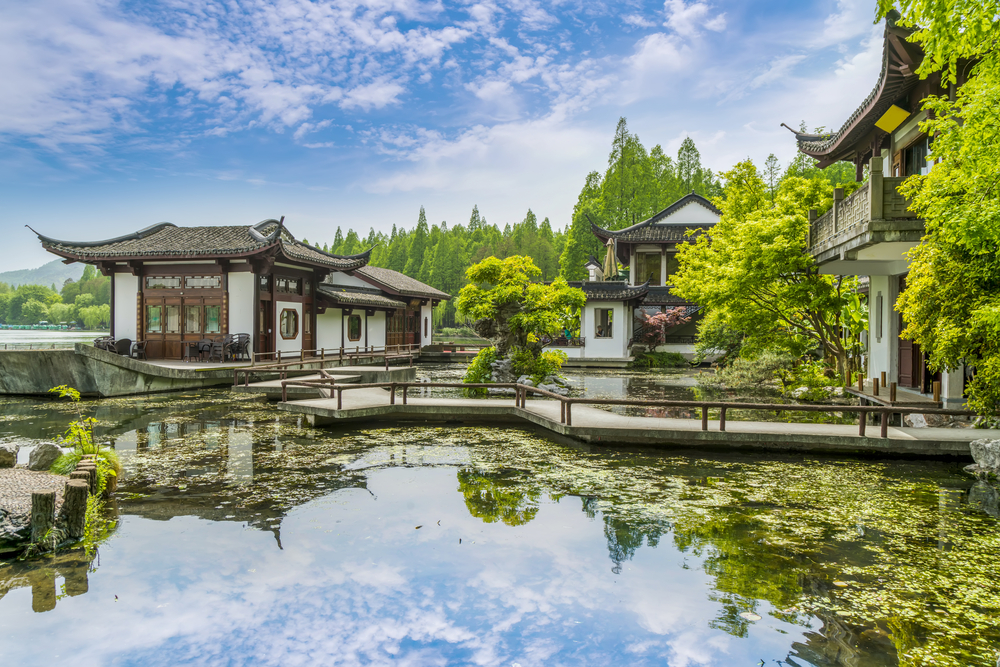 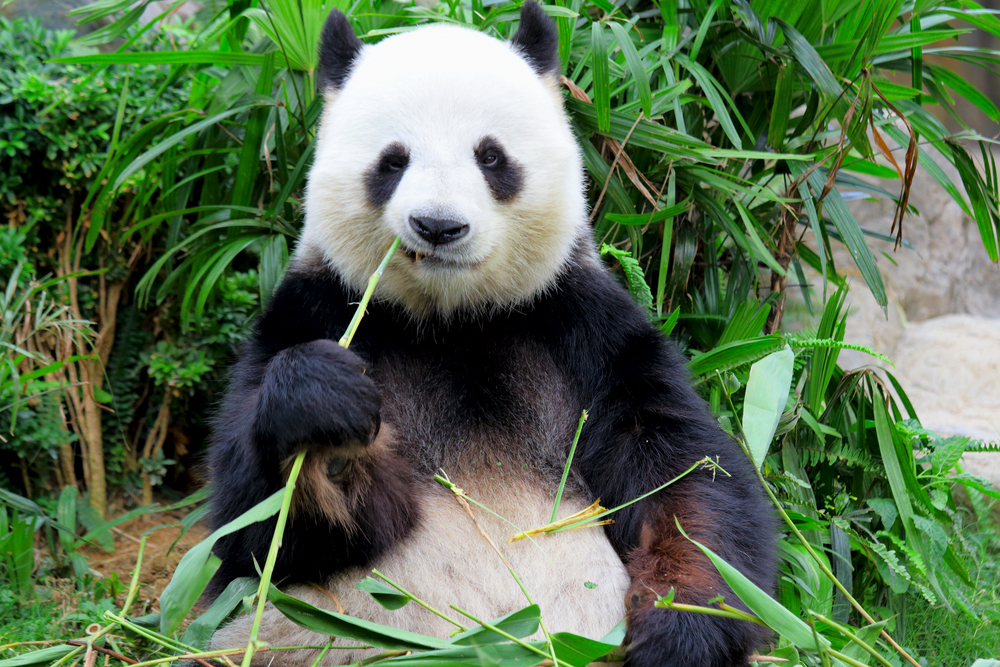 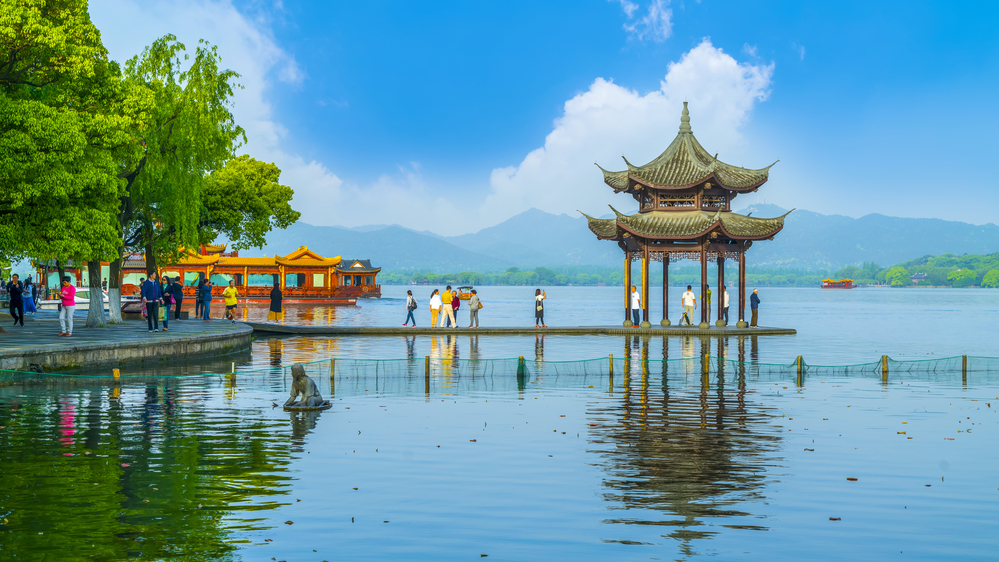 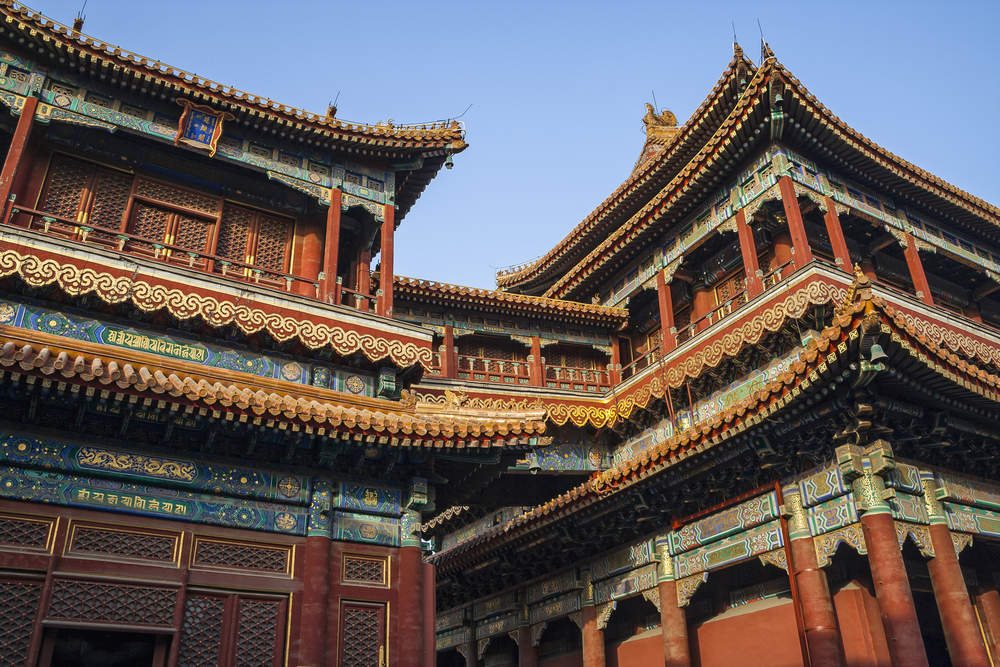 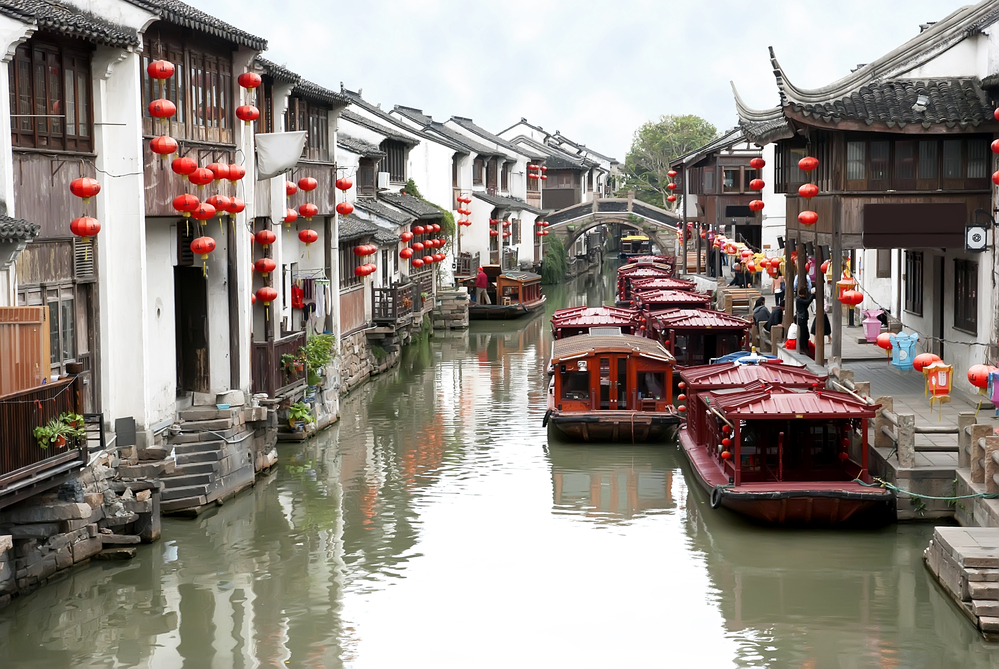 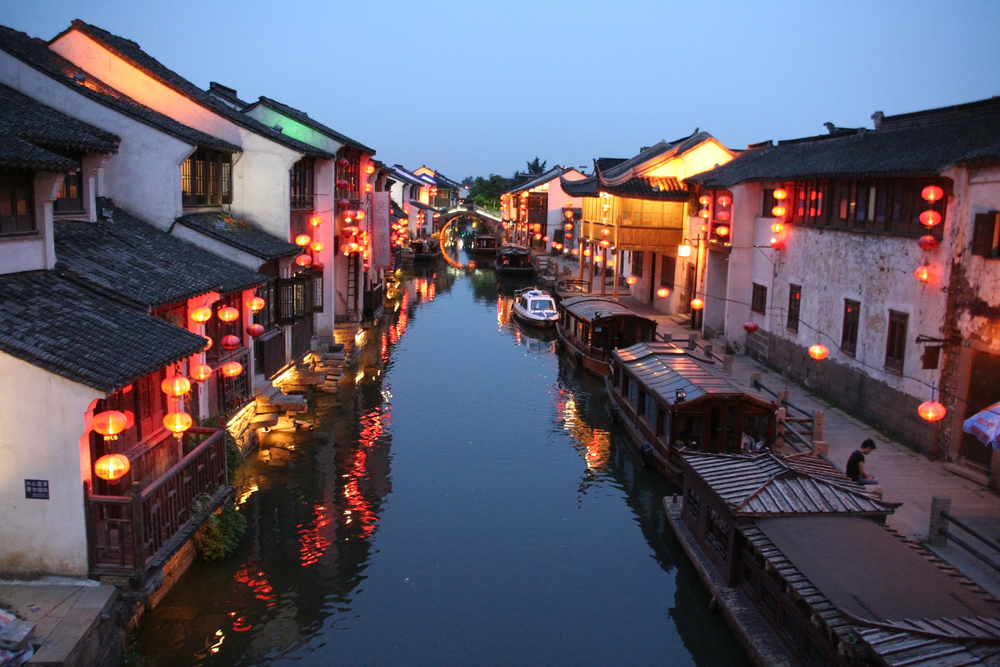 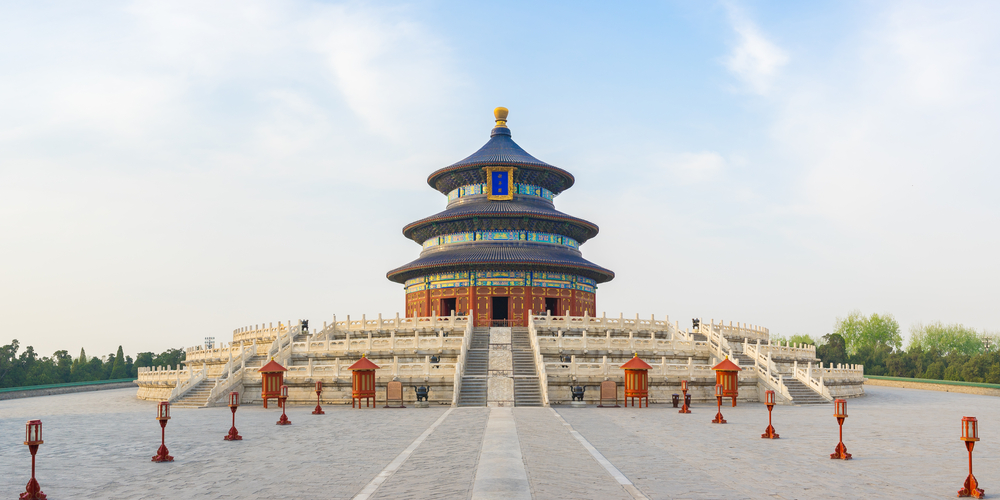 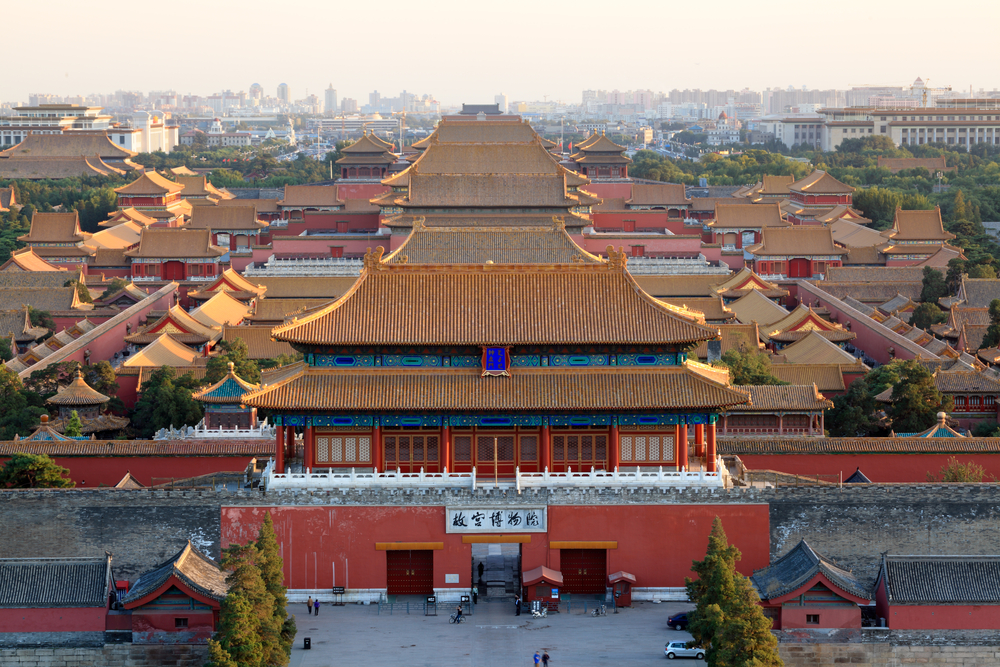 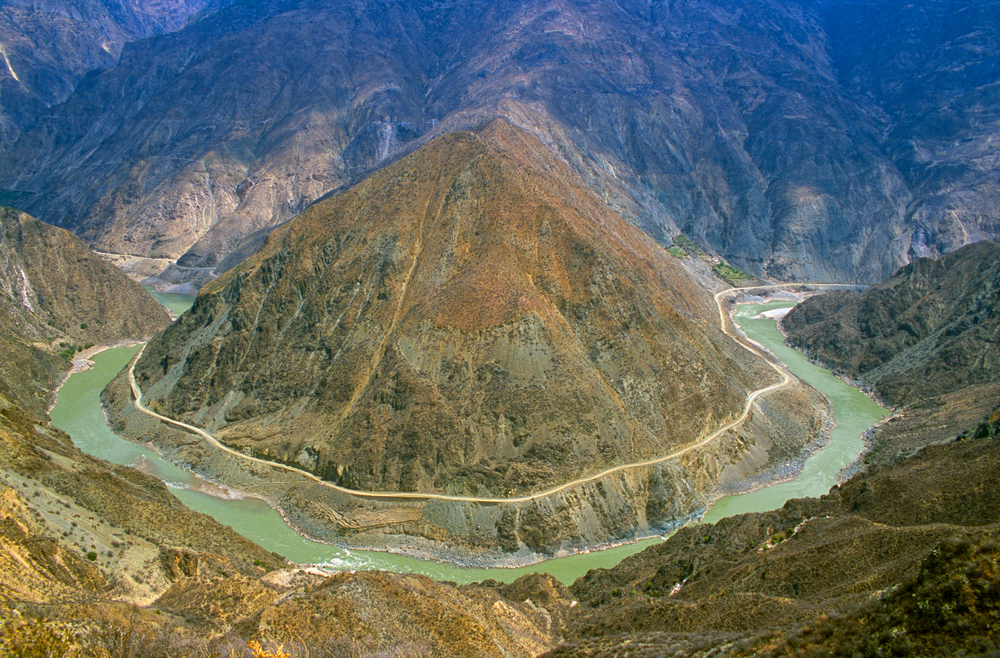