Ulan Bator - the capital of Mongolia

Capital of Mongolia was formerly called Urga. It was renamed Ulan Bator after a declaration of republic and the abolition of monarchy in 1924. Ulan Bator literally means Red Hero and it lies at an elevation of about 1,310 meters. It is one of the world’s coldest capitals with winter temperatures dropping as low as -30 C. One third of country’s population lives here.

Ulan Bator is a rapidly developing city still representing a mixture of traditional and modern. It is a city where monastery temples stand beside grey sprawling communist buildings, where office staff dressed in modern suits mix with people in traditional dress. Therefore, for the traveller interested in open spaces, stunning landscapes and traditional nomadic way of life, a first glimpse of Ulan Bator might be somewhat disappointing as this is very much a modern city in some respects.

In 1937, the new government had harsh policies which led to the destruction of entire sections of the city. The Zuun khuree central palace-temple complex, the nobles' residences, many ger districts as well as the main markets were completely destroyed to make way for more modern buildings. Few buildings survived beyond the year 1937, which is obviously a huge shame.

However, the city folk are as hospitable and warm-hearted as the nomads out on the steppe, and while at first glance, the city may appear unremarkable, there are plenty of places worth visiting: impressive museums, Buddhist temples as well as many restaurants and shopping areas (cashmere is a good buy).

Ulan Bator is situated on the Tuul River and has an impressive mountain backdrop. It of course serves as a key starting base for further exploration into Mongolia, but you may find too that this ever-changing city may be the biggest surprise of your Mongolian adventure. Don’t be fooled by first impressions!

Major attractions in Ulan Bator
Gandan Monastery
This monastery (Gandantegchinlen Khiid) was established in 1835 and is the largest and most significant in Mongolia. It was the only place where Buddhist services continued during the communist years and fortunately it escaped the mass architectural destruction of 1937. It was closed in 1938, but in 1946 religious activities re-started mainly as proof to foreign visitors that there was religious freedom in Mongolia. At the time it was only functioning Buddhist monastery that was open to public, but new temples have been built on the grounds in the recent years.

Choijin Lama Monastery
This monastery complex was built for Choijing Lama – the State Oracle and younger brother of Eight Bogd Gegeen. This is one of the most beautiful monasteries in Mongolia. The Temple Museum is devoted to religious art, the history of Buddhism in Mongolia and its historical and cultural heritage. The monastery was active until 1938, then it was turned into a museum. Choijin Lama Monastery consists of five temples and five arched gates. In the main temple, there is the sculpture of Choijing Lama and the embalmed mummy of his teacher. In total, the museum has over 5,000 items many of which are unique and particularly valuable.

Sukhbaatar Square
This is the central square in the city centre with an equestrian statue of Sükhbaatar – the national hero who declared Mongolia’s final independence from the Chinese. The statue is located directly in front of the Government Palace.

Naran Tuul
Naran Tuul also known as the 'black market’ is the place to try your bargaining skills for cheap traditional clothes and souvenirs. When visiting, be vigilant as the area is notorious for pickpockets. The market is a 10 minute bus or taxi ride from the city centre.

Beijing
Beijing is the capital of the most populous country in the world, the People's Republic of China, and it is also the second largest city after Shanghai. Beijing literally means... Read more
Irkutsk 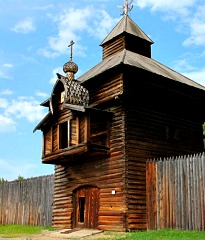 Irkutsk
Irkutsk is one of the largest Siberian cities founded in 1661. People from all over the world go there to experience the real Siberia, to enjoy the unique architecture of the woode... Read more
Kazan 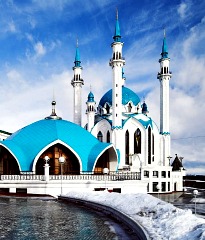 Kazan
Kazan, the regional capital of Russia, is often called the ‘Pearl of the Central Volga Region’. It straddles the sides of the Volga River and though the official date o... Read more
Listvyanka 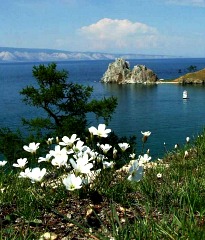 Listvyanka
Listvyanka is a small village located 70 km (43 ml) from Irkutsk, The main reason people come to Lisvyanka is to enjoy the magnificent Lake Baikal. Besides plenty of walking opport... Read more
Moscow 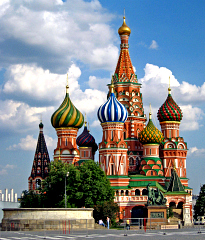 Moscow
There is hardly a person in the world who has never heard of Moscow. Here in Moscow, more than anywhere else in Russia, one can feel the atmosphere of the Russian Renaissance - the... Read more
Novosibirsk 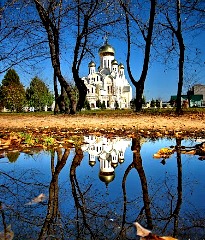 Novosibirsk
Novosibirsk is the largest city in Siberia, the unofficial capital of Western Siberia and its true cultural and scientific centre. The Siberian branch of the Russian Academy of Sci... Read more
St. Petersburg 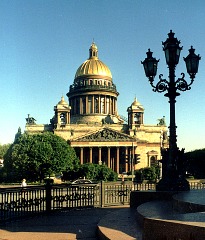 St. Petersburg
St. Petersburg is probably one of the most beautiful cities in the world, and after you visit it, you can understand why. The most European of all Russian towns and cities, St Pete... Read more
Terelj National Park 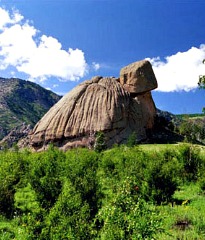 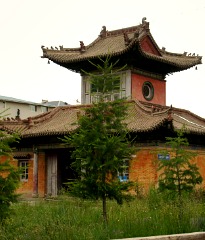 Ulan Bator
Capital of Mongolia was formerly called Urga. It was renamed Ulan Bator after a declaration of republic and the abolition of monarchy in 1924. Ulan Bator literally means Red Hero a... Read more
Vladivostok 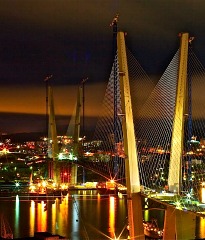 Vladivostok
Vladivostok is the administrative and cultural centre of the Russian Far East situated along the coast of the Pacific Ocean in the beautiful bay of the Golden Horn. It was the main... Read more
Yekaterinburg 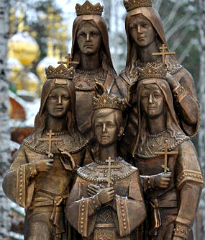 Yekaterinburg
Yekaterinburg is known for the tragic events of the Socialist Revolution. It became the place of imprisonment and subsequent execution of the last Russian tsar family, the Romanovs... Read more

China's mega cities are just one side of this great land. The Yangtze River is also a highlight. One of the world’s largest waterways, it flows through China’s varied scenery from its source in Qinghai Province slicing the country neatly into north and south. This tour is a fun-filled and enlightening way to see many of China's highlights.
12 days
The Ultimate Mongolia Jeep Tour: Ulan Bator - Terelj - Gobi Desert - Karakorum - Hustai (MN-01)

This exciting 15-day tour brings together the very best of modern and historical Mongolia via its customs, folklores, history and nature. As well as enjoying the main sights, we will also explore the fascinating national parks & the Gobi desert. Join us on this exciting Mongolia exploration tour.
15 days, from £2,495
Best of Mongolia Jeep Tour: Ulan Bator, National Parks, Gobi Desert and Naadam Festival (MN-02)

This is a magical and in-depth 15-day tour of Mongolia which will introduce travellers to the very best that this beguiling country has to offer. Combining modern and historical traditions we will explore the country’s customs, folklore, history and nature.
15 days, from £2,795
Highlights of Mongolia Jeep Tour: Ulan-Bator - Gobi - Karakorum - Hustai (MN-03)

Mighty Mongolia is huge and this exciting 10-day tour explores the best of it in a short period of time. Bringing together the very best of modern and historical Mongolia travellers will experience a wealth of different activities and sights.
10 days, from £1,995
In Genghis Khan's Footsteps & Secret History of the Mongol Empire (MN-04)

The 13th century founder and Great Khan of the Mongol Empire is one of the most famous men in the history of the world. This tour looks at his legacy, modern Mongolia and the secret history of this fascinating country. Take a trip through time and explore the legends of the khan's rein.
10 days, from £1,695
A Mongolian Rail Adventure - World Energy Centre and Eastern Gobi Exploration by Train (MN-05)

The main attraction of the Eastern Gobi is Khamriin Khiid Monastery founded by the famous monk and poet of the 19th century Danzan Ravjaa. It is believed that the energy of the whole world converges at this place. We invite you to board the famous Trans-Mongolian train and explore the area.
4 days, from £495
A Classic Four-Wheeled Adventure to the Heart of the Gobi Desert (MN-06)

Hit the road with this remarkable journey deep into the forbidding Gobi Desert. We will lead you on an unforgettable journey where no two days are alike and where you will learn the complex nature of this famous desert. This is a road trip like no other!
9 days, from £1,795
Best of the Gobi by Air - Exploration Tour with Luxury Accommodation (MN-07)

This short adventure packs a lot into a few days. By the end travellers will understand this fabled part of the earth as well as appreciating Mongolian culture. This tour is most suitable for travellers who highly value comfort during their holidays and prefer less driving.
7 days, from £3,495
A Taste of the Gobi by Air - a Short Acquaintance with the Desert (MN-08)

The Gobi Desert is a legendary place. Feared as uninhabitable yet attracting travellers with its myths and folklore. It is as fascinating as it is forbidding. This tour is suitable for any one wishing to explore the main highlights of the Gobi desert during a short period of time.
3 days, from £1,095
Mongolia in Winter - Land of Ice, Snow and Winter Festivals (MN-09)

This exciting 11-day tour brings together the very best of winter activities and major cultural events of Mongolia taking place every year in March – ice and camel festivals. If you are brave enough and are not afraid of cold, do not miss a unique chance to experience these traditional winter events!
11 days
Best of Trans-Mongolian: Moscow - Yekaterinburg - Irkutsk - Baikal - Mongolia - Beijing (TS-11)

Start your epic Trans-Mongolian discovery from Asia and travel from mysterious China, through endless Mongolian steppes into Siberia and then European part of Russia all the way to St. Petersburg - one of the most beautiful cities in the world with its majestic palaces.
20 days
Tsar's Gold Best of Trans-Mongolian: Beijing - Moscow by Private Train (TS-23)

Join us onboard a private train from Beijing to Moscow and experience China, Mongolia and Russia in the most comfortable and fascinating manner. Your private train designed specifically for tourists will be your primary accommodation during your rail journey.
16 days